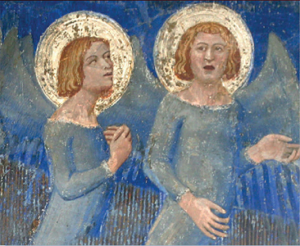 Back by popular demand! Transcendent Christmas music, featuring a superb all-female ensemble of voices and instruments.

The sounds of Christmas spirituality from Medieval France, Italy, England, and Provence, including music of the church and songs of private devotion around the joyous theme of the Nativity. Included are songs to the Virgin Mary, processionals from Saint Martial of Limoges, hymns, lyrics, and miracle ballads sung in Latin, Old French, Old Provençal, and Saxon, interlaced with Medieval English texts of the Nativity.

The Boston Camerata occupies a unique place in the densely populated universe of European and American early music ensembles. Camerata’s distinguished rank stems partly from its longevity: founded in 1954, when the field of endeavor was in its infancy, as an adjunct to the Boston Museum of Fine Arts’ musical instruments collection. Camerata is now one of the longest-lived groups to be vigorously functioning up to the present day.