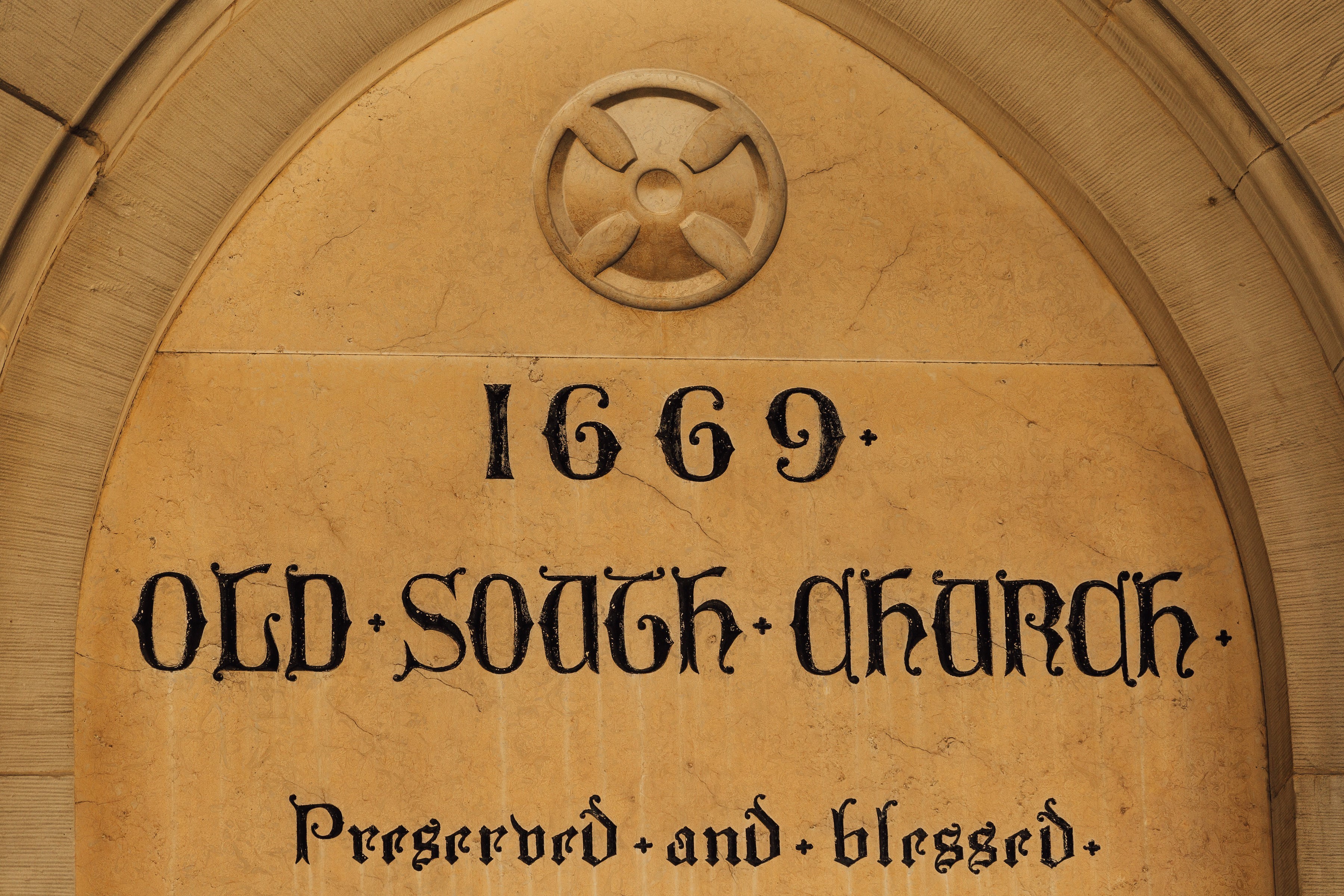 Some of us only know Old South with Nancy Taylor as the Senior Minister. For us, her retirement, which she communicated to the Church Council at its October meeting and announced to the congregation this week, seems unimaginable.

Others, however, have a longer view. Many remember Jim Crawford at the helm, of course, and still others remember Jim’s predecessor, Fredrick Meek.

The fact is that Nancy is the 20th Senior Minister. And while she will be impossible to replace, Old South has learned a thing or two about pastoral transition over its 350-plus years. We are in a very good position to support her and encourage her transition to a much-deserved rest from a working lifetime of church leadership.

In other words, we’ve got this. Anyone who knows Nancy also knows that she would not be leaving us now if she were not convinced that we have in place all the means necessary to properly sustain us during a transition. She is not leaving us suddenly, and she will be assisting with early stages of the transition.

Now is not yet the moment to recognize Nancy for all she has done for Old South over the years. That she has richly blessed us by her love and leadership is beyond question. What we can do now to honor her is roll up our sleeves and prepare for her eventual departure and for the transition to a new Senior Minister, whoever they may be.

The following members have agreed to define what the bridge between Nancy’s leadership and a new leadership will look like, serving as the INTERIM Team:

A CELEBRATION Team will also begin planning the best way to commemorate Nancy’s tenure and her eventual departure:

Eventually, we will assemble and announce a TRANSITION Team to draft a church profile and to outline what the church is seeking in its next senior minister. In this stage of the process there will be a lot of opportunity for plenty of congregational input. Finally, an actual SEARCH Team will be appointed. Through the early stages of this process, Nancy will still be with us, doing what she has always done: guiding, teaching, sustaining and offering help.

Importantly, Old South Church leaders are not alone in this undertaking. We are assisted at every step by the Rev. Alex Shea Will, Area Minister, Metropolitan Boston Association, Southern New England Conference of the United Church of Christ. Your Church Council, in conversation with Rev. Shea Will, has agreed to a fairly aggressive timeline, hoping to lessen the span between Nancy’s departure and the call of the 21st senior minister.

Change is uncomfortable but inevitable. It is also exciting, a time to fully consider how we can best remain not only relevant but central to a changing Boston.  With God’s help--and with the support of each other—Old South will persevere through Nancy’s departure, grow as a Congregation, and become readier than ever to carry on God’s work for the next 350 years.