"The history of Old South Church is more than the record of one New England Meetinghouse still in existence after 350 years. Deep under the foundations of the three structures that have housed its thousands of worshippers lie whole chapters of American history and the slow emergence of certain ideas & principles upon which this nation is built—Liberty, Freedom of Conscience, Equality.”
-Ola Elizabeth Winslow, Historian

Even after celebrating our 350th anniversary, we’re not resting on the laurels of the past; we’re still making history. Read on to learn about the people, buildings, and stories of Old South Church in Boston.

Origins of the Congregation

Old South Church was born in 1669 in a raging argument over the waters of baptism. Twenty eight men and about as many women (known then as “the Schismatics” or “the Dissenting Brethren”) broke away from Boston’s First Church to found a church aching to dispense the waters of baptism more liberally. Our founders were descendants of separatist and dissenting Pilgrims, Puritan reformers, and Bay Colony merchant adventurers. Their parents left England in the 17th century, some to escape persecution, and others to forge a more prosperous life in the New World. Our founders included a butcher, a bricklayer, a brewer, a fisherman, a bookseller, a shoemaker, two ship’s captains, a tailor, two felt-makers, an apothecary, several merchants, a mason, several selectmen, a mint-master, farmers, and a schoolmaster.

Important Personages from Our Early Days

Mary Chilton, the first woman to step ashore at Plymouth in 1620. John Hull, founding member of this church and the colony’s first Mint Master (creator of the Pine Tree shilling, first minted here in 1652). Thomas Thacher, our first minister, also a practicing physician, in 1676, during an outbreak of the measles and smallpox, penned the first Medical Tract on this soil. He wrote out everything the under-doctored populace desperately needed to know, had it printed and posted the information in a medical broadside around the town. It was the next best thing to a doctor’s visit. Samuel Sewall in 1700 wrote and published The Selling of Joseph, the first anti-slavery tract on this soil, a carefully, biblically informed essay on why slavery is anathema to God. Our second minister, Samuel Willard, fought against the madness of the so-called “witch trials.” John Alden Jr, ship’s captain, founding member of this church, was accused of witchcraft and jailed. Our minister, Samuel Willard, helped to break him out of jail. Alden survived and wrote an account of the madness. Phillis Wheatley, Poet Laureate of the American Revolution, the first African American women to publish poetry. Benjamin Franklin who, before he ran away to Philadelphia, was a child of this church. He was baptized in our meetinghouse the day he was born. Samuel Adams, revolutionary and patriot (and come Sunday, song leader), hosted the meetings of the Boston Tea Party in our meeting house. William Dawes rode with Paul Revere. William Billings was the father of American choral music.

Continuing Research
In this national seasoning of reckonings, our archivist continues to research both our early members of African descent (enslaved and free) and our early ministers and members who were enslavers. Her research - difficult, painstaking, often frustrating with tons of dead ends- resulted in two lists ( enslaved and enslavers).
The names of our early members of African descent are now memorialized on the leaves of our Memorial Tree, located within our Columbarium, rendering visible those who were formerly invisible. A service of remembrance is held, Middle Passage Sunday during which we read aloud the names of our early African members, some of whom survived the Middle Passage, others of whom were descendants of survivors. Click here and navigate to "Member & Minister History" to learn more.

Joseph Hardy Neesima, born into the Samurai class in feudal Japan became the first Japanese ordained to Christian ministry. Richard Gilman, Publisher of the Boston Globe (1999-2006). The Globe won three Pulitzer Prizes under his leadership, including the Gold Medal for Public Service for the paper’s investigation into sexual abuse by Roman Catholic priests in the Boston Archdiocese. David Vogan, Professor of Mathematics at MIT, is a member of the research group Atlas of Lie groups and representations, which in 2007 computed the character table of the Lie group E8, attracting a great deal of international press. Paula T. Hammond, Professor of Engineering at MIT, and the Head of the Department of Chemical Engineering; a member of MIT’s Koch Institute for Integrative Cancer Research, the MIT Energy Initiative, and a founding member of the MIT Institute for Soldier Nanotechnology: elected into the National Academy of Engineering, the National Academy of Medicine in 2016, the American Academy of Arts and Sciences. Deborah Washington, Director of Diversity for Nursing & Patient Care Services at Massachusetts General Hospital since 1995, and named one of 100 the most influential black Bostonians.

Old South in the 21st Century

We are 350 years old and still making history. Refusing to rest on laurels of long ago personages and storied events, we’re still in the thick of it. With sleeves rolled up and the Gospel in our hearts and mouths, we’re knee deep in the world of today, working on today’s most pressing issues. Affordable housing. Healthcare. Inter-religious relations, anti-Semitism, and Islamophobia. The unhoused. Mass incarceration. Climate Change. Racism. Equal Marriage and LGBTQ+ equality. Why? Because Jesus expects it of us (Matthew 25). Because we cannot be Righteous without doing Justice.

Old South Church is a spiritual home to many hundreds of people from a variety of faith traditions, who have responded to the invitation of Christ carved into the stone of the church’s portico, “Behold, I Have Set Before Thee An Open Door” (Revelation 3:8). We affirm each individual as a child of God, recognizing we are called to be as one body with many members. With peoples of every race, ethnicity, creed, class, age, marital status, physical or mental ability, sexual orientation, gender identity and expression, we seek to journey together toward the promised realm of God. Our help and guide in this life-changing work is the healing, unconditional nature of God’s love and grace.

“So long as Boston shall Boston be,
And her bay tides rise and fall,
Shall freedom stand in the Old South Church,
And plead for the rights of all.”

Across three-and-a-half centuries, Old South Church has had three distinct homes in which to gather and worship.

The Cedar Meeting House (inhabited 1669-1729)
Old South Church, the third congregation gathered in Boston, was gathered on May 12, 1669. Later that year, on December 19, they held the inaugural service in their first home: the Cedar Meeting House. Erected on land originally belonging to Governor John Winthrop (and deeded to us by Mary Norton, widow of the former pastor of First Church), it was made of cedar, with a steeple, galleries, and square pews. The pulpit was situated — as in the current Old South Meeting House — against the side wall. Several founders of the church described it as “a large, spacious and faire meeting house, with three large porches, every way completely fitted, and covered with sheete lead, the house and said porches, which stood them and their associates neere if not above two thousand pounds.” (Hamilton Hill, vol. 1, p.140) As the building was located in what was then the south end of town, the new church came to be called the South Church.

Old South Meeting House (inhabited 1730, evacuated 1872)
Our second home, the Old South Meeting House (today a museum on Boston’s Freedom Trail), is something of an historic personage it its own right. It was the largest building in Colonial New England and became the venue for a great many events leading to the founding of this nation. There we hosted the meetings that led to the Boston Tea Party. We like to say that we’ve been brewing trouble and getting into hot water ever since. It was in this Meeting House that Samuel Adams often led the singing. It was here that Phillis Wheatley was baptized. Under the leadership of our 15th minister, Jacob Manning (a radical abolitionist), the Meeting House was opened to become a recruiting station for the Union Army. Over 1,000 men signed up under our steeple; they successfully convinced Manning to join them. He followed them into duty, serving as Chaplain to the 43rd Tiger Regiment, based in North Carolina. A sign once affixed by the main entrance to the Old South Meeting House, also known as The Sanctuary of Freedom, proclaimed: “HERE were held the town-meetings that ushered in the Revolution HERE Samuel Adams, James Otis and Joseph Warren exhorted HERE the men of Boston proved themselves independent courageous freemen worthy to raise issues which were to concern the liberty and happiness of millions yet unborn.” Architecturally the Old South Meeting House is typical of Puritan meeting houses: simple, no ornamentation, no stained glass, no cross, no altar. The pulpit is the central defining feature, highlighting the importance of an educated clergy expounding learnedly upon the ancient texts and interpreting them for each new occasion. Following the Great Boston Fire of 1872 the church evacuated the Meeting House for finer surroundings in the Back Bay which afforded additional land on which to build meeting spaces, offices and a rectory. In 1875, Old South Church officially left the Meeting House to move to its current location in Copley Square.

The New Old South Church (completed in 1875)
Completed in 1875 it is anything but a Puritan Meetinghouse. It is as if its builders were determined to shout to all the world, “We’re not Puritans anymore!” Built during America’s Gilded Age, the New Old South Church—colorful, exuberant, highly ornamented—is one of the US’s finest examples of Northern Italian Ruskinian Gothic. You can see a 360° view of the Sanctuary here. With a soaring campanile, large copper lantern and an interior of carved cherry wood and Caen stone, it is warm and welcoming. The building was designed by the architects Cummings & Sears, who apparently so admired their work that they both had their faces carved on to stone columns in the portico. The complex of buildings located at the corner of Boylston and Dartmouth Streets, is home to more than just the members of Old South. We are home to a Preschool, a high school’s daily theatre class, several musical ensembles, and a variety of community organizations including Poor People’s United Fund, Healing our Community Collaborative, many Twelve Step programs, programs for the unhoused and more. Today’s congregation is determined to keep our doors open, seven days a week, providing to all who walk past a Sanctuary in the City.

Origins of the Congregation

Click here to read The Really Useful Guide to the Senior Ministers of Old South Church in Boston.

A Visitor's Guide to Old South Church in Boston 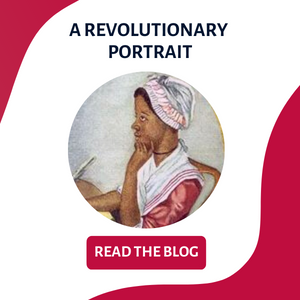 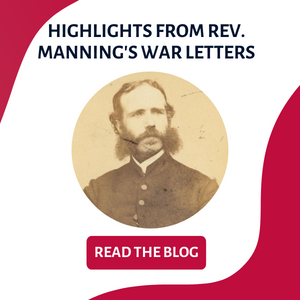 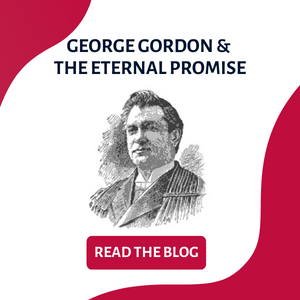