'Jackals' at the Gate: A Reflection 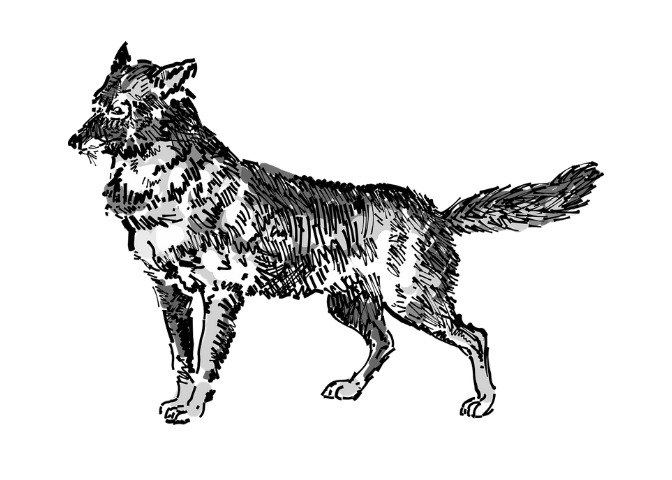 Two things converged for me during these past couple of weeks that shed fresh light on the difficult place we find ourselves in as we begin a new year. The first was my rediscovery of a poem by the late Arnold Kenseth, poet, author, pastor and friend, entitled ‘Flight Into Egypt’ (from The Ritual Year, 1993). While still in the Epiphany Season when we remember the star and the journey of the Magi to that rude shed, Kenseth’s poem moves the Jesus story ahead to the flight into Egypt where the Holy Family hoped to find refuge from the wrath of King Herod. The King was incensed that an infant child might be a threat to his power. To protect himself he ordered that all children under two years of age be killed. It is a story that we rarely discuss during the Christmas and Epiphany seasons: Jesus as refugee. But the Gospel writers crafted this story to make us aware that the ‘powers’ were aligned against Jesus from the very beginning and would be there to take his life at the end.

The second thing were the headlines in the newspapers reporting that the Trump Administration will rescind the continuing immigration status of people from El Salvador (TPS, Temporary Protection Status) by the Fall of 2019; those who came here as children or as young adults fleeing the devastation of the earthquake that racked their nation in 2001. Further, El Salvador, according to all reports, is one of the most violent countries in our hemisphere. Some 200,000 Salvadorans are in the United States; 6,000 in Massachusetts alone. They will be sent back to a violent country they never really knew unless Congress and the Courts take action soon. Refugees, who are currently neighbors among us, will be deported. Refugees, like Jesus, being forced to find some new place to live. Add to that the uncertainty of DACA (Deferred Action for Childhood Arrival), affecting some 800,000 young people, and the proposed ‘Wall’ between Mexico and our southern border, and one might correctly suggest that we are seeing policies that move toward cleansing America of ‘non-whites’.

Kenseth, writing a generation ago, juxtaposes the world of hatred, prejudice and war over against the sweetness of the birth. He begins with the evil that lies in waiting at our gate:

As one by one
we father, mother,
child by child,
our least, our most,
our tame, our wild,
and try to weather
as we can

the times, the dread,
the winded man
who nostrils war,
the jackal head
that lies in wait
wintered and weary
at our gate:

In the midst of this we see, at the manger, the birth of joy and hope. The evil that surrounds us does not have the only (or last) word. Kenseth again:

the holy ghost
who fathers in
our mother Mary
without sin
to sire the son
who is sins seer,
make us aware

of small glad cries,
the ghetto birth
when God attacks
our napalm earth
with what is wise,
with what is poor,
with angels gathered
at our door.
such vast events.

Indeed, he gives thanks for the coming of the one whose ‘upside down’ kingdom is one in which love and justice comes clothed in humility and peace. I take hope in that. We need to live by hope. Yet…Yet… the struggle goes on. We need to lift our voices, cast our votes, give of our very selves to withstand the evils that beset us. Kenseth is wise concerning the ongoing struggles we face. After celebrating the birth, he suggests we are not done with evil.

Yet still by night
the jackals bark,
and through our dark
the innocents
again take flight.

To those who might suggest that the language of ‘Jackals barking at the gate’ is a bit too strong to describe the current state of things, I can only point to the President himself who is purported to have described Haiti, El Salvador and the nations of Africa as those ‘shit hole countries’. In Boston, one in four black children are of Haitian descent, so I will not tell Marie St. Fleur, an early-education advocate and a former MA State Representative, to take things easy when she laments that “Thousands of immigrant children woke up this morning to find that (the president)…has given license to have them be bullied and taunted across this country” (as quoted in the Boston Globe, January 13, 2018).

The jackals are at the gate. No question. Will we stand firm and protect the innocent?